When I originally thought about doing a Christmas sensory bin, I had all these elaborate thoughts about what we would put in it and so on. But when I went to the Dollar store this week I found nothing I was looking for, so this will have to do (for now.) 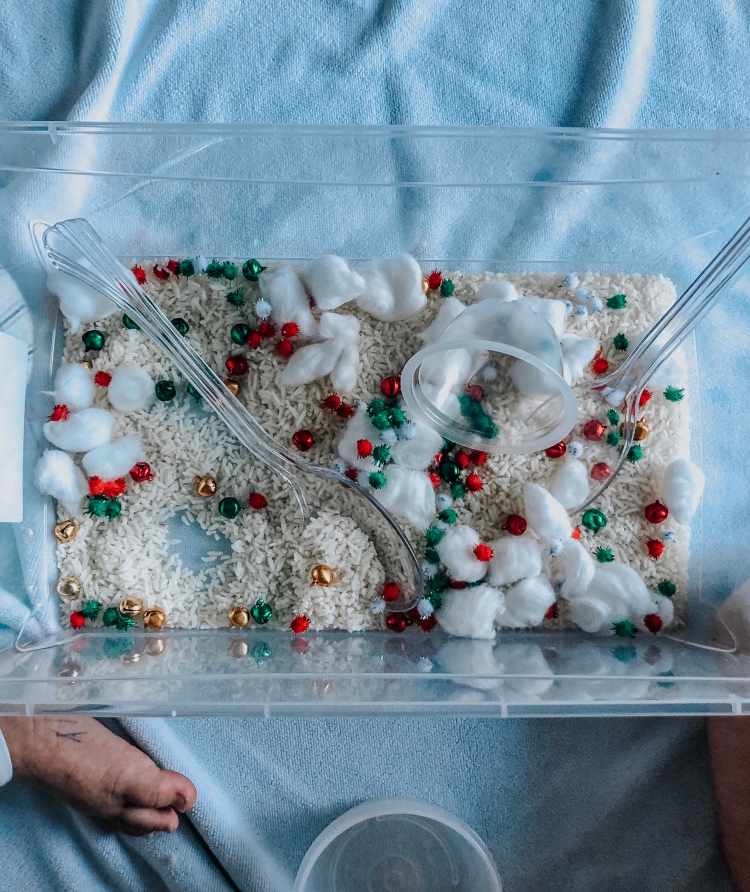 I forgot to dye the rice (shame on me,) but in the end the white kinda worked. I thought I had more cotton balls that were supposed to look like snow (where did they all go?!) and even though it’s hard to tell, there’s also bells and Pom poms in there.

Despite my fail of a sensory bin, Nora seemed to have just as much, if not more, fun than she did with the last one. She was so happy I put the rice back in, and she loved the bells. It was something she had never seen, heard or felt before. She cradled them like little babies, it was the cutest thing!

Like last time, she loved using a spoon to scoop the rice and stuff into a smaller container. Unlike last time however, she actually let her brother fill up the same container as her. Instead of yelling and pulling away, she kept saying “good job Benji!” Perhaps I just caught her in a very good mood or perhaps my little girl is growing up?

There was literally not one moment of disagreement between either of them in the whole time they played together. I couldn’t believe my eyes! Either the Christmas sensory bin is magical or all the sharing we’ve been practicing is finally paying off.

I love seeing the development in the babies between each sensory bin even though it’s only a few months in between. Benji loved throwing it this time (his new favorite skill,) and Nora was so concentrated. 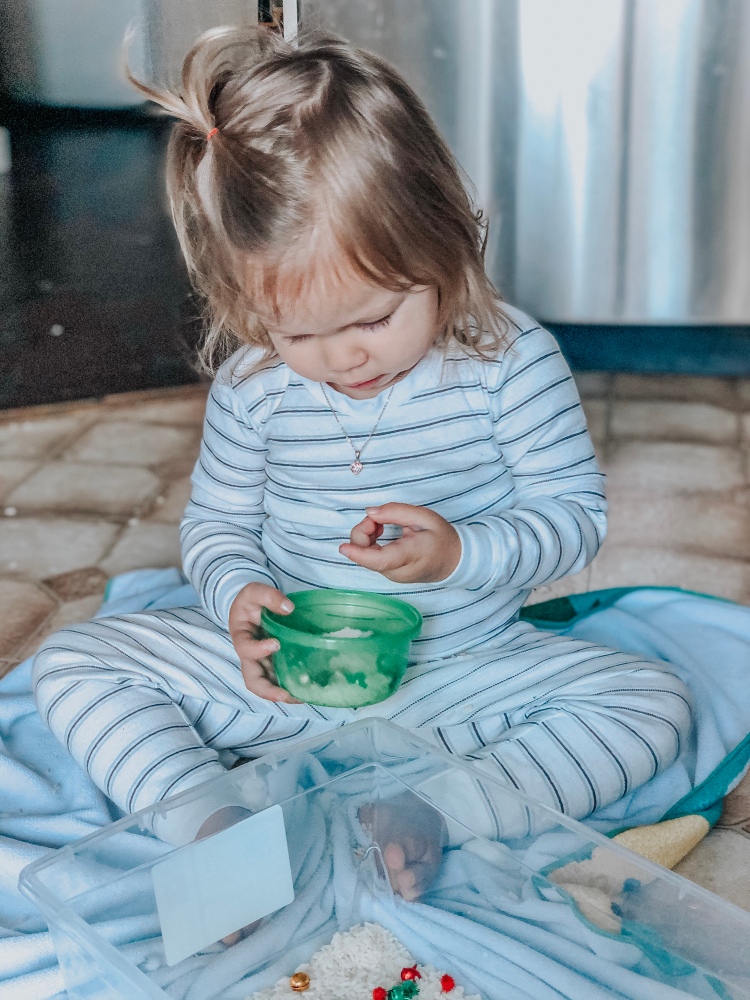 I do plan on doing more Christmas activities with them but I’m so glad I decided to do this one as well!

What are some of your favorite Christmas activities or crafts?