Baby B is officially 4 months old, already! Considering I only did his 3 month update like a few weeks ago, not much has changed developmentally, but we did have a doctors visit last week.

Benjamin weighs 13.9 pounds which puts him in the 15th percentile. He is tiny and dropped a curve but his doctor said it’s normal during the winter and since he is so congested all the time, that could play a part too. Therefore, she wants to see him again in a month to make sure our breastfeeding journey is going okay, and that he doesn’t drop yet another curve.

He is 64cm long which makes him average and 50th percentile for height. But to me he feels so long. I can’t even hold him in one arm anymore! Benjamin has finally started to stand on his legs when placed flat footed on a surface which I was getting worried about. He has yet to roll over but the dr said no need to worry until six months old.

He still enjoys tummy time, has still only laughed once for my mom, and loves his sit me up chair. He has started giving kisses which melts everyone’s heart but as much as I love seeing him grow for some reason this month it is making me sad. I think the older he gets the more I’m thinking he may be my last baby and I just want him to stay in the newborn stage forever. He is loosing that new baby smell, and I want him to look up at me with that newborn look of awe again and again.

He has started sleeping in longer stretches (hallelujah!) but I find my self feeling lost and just wanting to hold him. I love the way he fits perfectly curled up beside me clutching my finger or shirt like he never wants to let go. He is growing so fast I can’t keep up!

Over the last week, after much contemplation and feelings of guilt, I started supplementing with formula bottles. I noticed a dip in my supply and though it can be caused by many things, I made a few changes and it already seems to be helping! He still uses me for comfort and it has taken a lot of strength to not give up and just do bottles as it is, I must admit, somewhat easier. But I am determined! I am hoping in the near future to wean off the bottle and go back to exclusively breast feeding. It seems to be upsetting his poor little tummy but I know it is normal. I am also hoping it will help keep him on his growth curve when we go back to the drs in a few weeks. 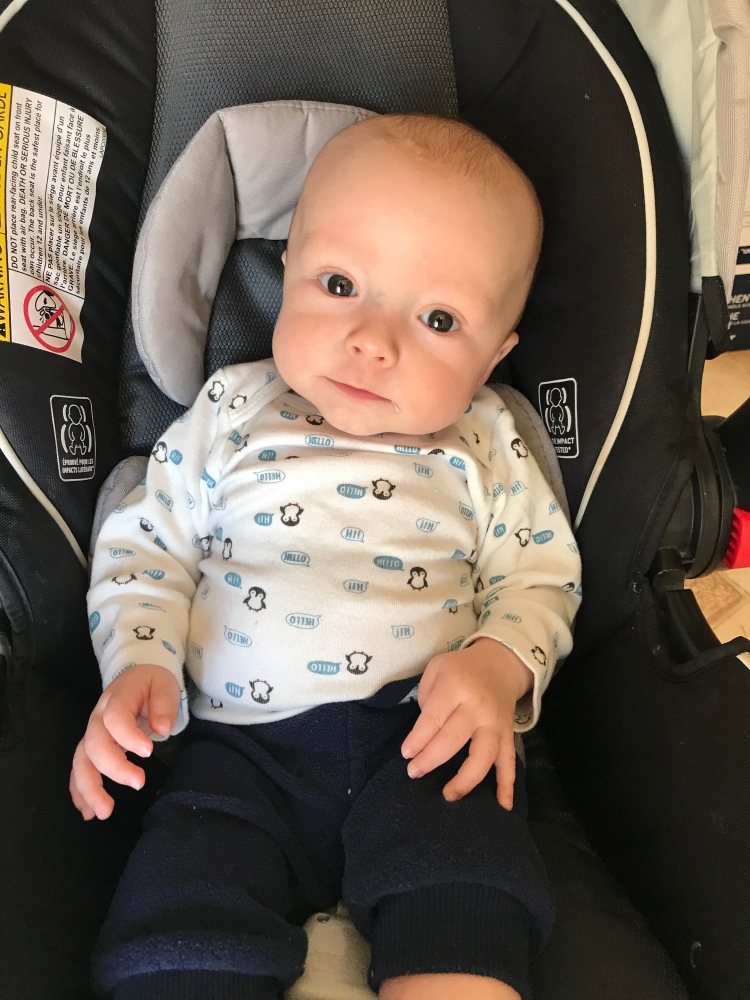 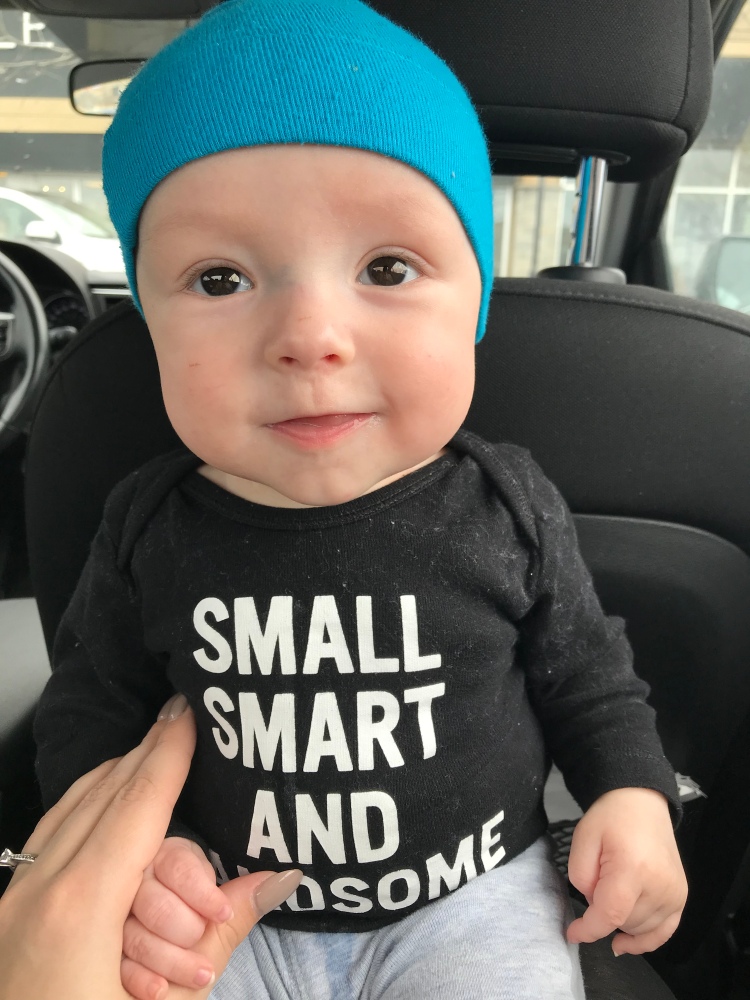