The ambulance ride to the other hospital was the worst. I really think they should invest in some new shocks. It was so bumpy, that I felt like I was flailing everywhere and the contractions were getting worse and worse. All I wanted was to curl up in a ball to stop the pain but being strapped down it was impossible and the nurse kept telling me to keep my limbs loose. On top of my screaming and crying, the ambulance guy felt the need to try and flirt with the nurse that was suppose to be taking care of me. Like seriously?!

Once we arrived at the hospital, no one knew where to go, the transfer of beds was difficult, the new nurses weren’t very friendly and I was still in so much pain. Thank god my fiancé arrived when he did.

I don’t know how much time passed but we had another doctor come in to tell us the procedure of having a preemie. There is not 1 dr that delivers but 3 or 4. Once he is born, he will get taken right away and be gone for a few hours while they put in all the tubes to help him breathe and eat. They will check him for multiple infections, make sure his eyes are okay, that there’s no bleeding in the skull. He told us that having a preemie means he can have problems in school later on like dyslexia. He talked for a long time but we appreciated all the information so much! As he was leaving he told us to choose a name. The nurse then told me to tell her when I was ready for an epidural. It was happening. We were having this baby.

I don’t know why I wasn’t scared. I should have been. I guess I felt confident that the doctors there would take good care of him and make sure he was okay.

The goal was to get me to midnight the next night, so I could have a second dose of a shot that would help improve his lungs. I wasn’t allowed my cellphone, or to do anything that could cause stress. I was loaded up on meds trying to stop the labour for just a few more hours.

Well, we made it past those few more hours. And 3 more days after that! I was hospitalized for 5 days in total, and they finally sent me home. The contractions had subsided and I wasn’t dilated anymore than I had been when I had arrived.

It was a hard couple days being away from Nora and only seeing her for short periods of time. The hospital I was at was 45 minutes away from home so it was a long drive for anyone to come and visit me. Thank god for my mom and mother-in-law who took care of her while I was away. I didn’t have to worry as I knew she was in good hands and they kept me updated. They reassured me that Nora would in fact not forget about me and would know who I was when I returned home.

I entertained myself those days by listening to the patients beside me. They all had tiny, tiny little preemies and it made me want to hold my little guy too. I felt lost and out of place.

I was told to take it easy for the next few weeks. Short walks, nothing that can cause stress. Just over a week later, I ended up in the hospital again.

I woke up that morning feeling off once again but in a lot of pain. A pain I couldn’t describe. I was told to go back to the hospital the second the contractions starting getting more intense or getting closer together as labour could happen really fast considering he was still so tiny. But it didn’t feel like contractions.

I hoped in the bath the moment I had a chance and started to cry. I didn’t know what was happening. Baby B hadn’t moved in a while and I started to panic. My mom helped to calm me down and I crawled into bed. I waited until lunch time when I told my fiancé we had to go back and get checked out.

I only had to spend a couple hours in the hospital this time as it turns out the pain I was experiencing was Baby B flipping back up. He was already head down and in position but changed his mind. He was hard to monitor like that and I wasn’t dilated anymore than I had been the week before.

I was then put on complete bed rest. Told to do absolutely nothing. No cleaning, no cooking, no going in the car. It hasn’t even been a week of this and I feel so weird. I understand why I can’t do anything as whenever I do, I suffer. It really hurts and there’s so much pelvic pressure it’s hard to walk from one room of my house to the other. We’re at 32 weeks now and gosh I can’t wait until he makes his big debut! It’s hard being in pain all the time, of not being able to doing anything. It’s hard worrying constantly, of watching each and every movement.

My baby girl is turning one this month and I feel like I have taken away so many things from her this past month and the weeks to come. We can’t even do something as simple as going to the park. Or practice taking her steps. I feel like I’m drowning in mom guilt. For Nora and for wishing Baby B to come now even though I know it’s better the longer he stays in. We watch tv all day long because I can’t be with my thoughts and I don’t have the energy to be productive. Even though I have lots of things to do while sitting down. I’m hoping my mood has to do with the grey, rainy weather we’ve been having but then at the same time I don’t want it to be sunny out. Because I can’t even go out. Ahhh Baby B what are you doing to me😩

Send me all the positive vibes while staring at this beautiful face. (Yes, I went to my brother-in-laws wedding, against doctors orders and Baby B is still in there) 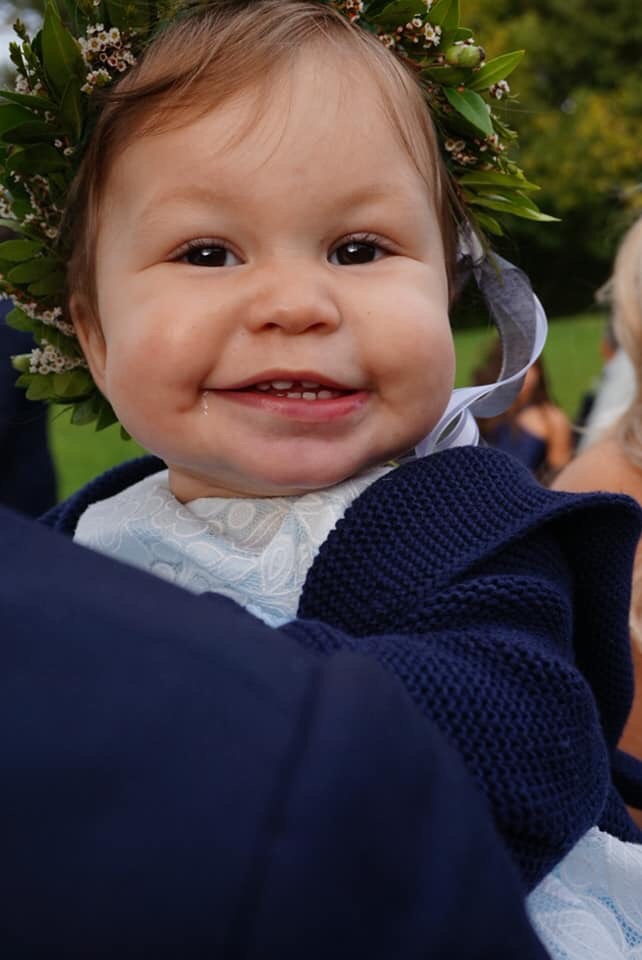