Yes, yes. 4 months already! How is it even possible?! Just like the big girl that she is, Nora Grace caught her first cold this week. When she started showing symptoms on Sunday night, I was sooo nervous. Poor little baby was having trouble breathing and we had to pick her up to clear it up every couple hours. My heart hurt seeing my baby suffering and I dreaded the days to come. I should have known what a tough cookie she would be as the next couple days were filled with all the cuddles and a little sneezing and coughing. I can’t even complain. Oh how I miss those cuddles!

She is still somewhat blocked up but my mom guilt has started to subside. We had had such a big weekend, there was so many places that she could have caught it. It was also the first time we went outside with no car seat cover…BUT I know it was bound to happen one of these days and honestly it wasn’t even that bad!

To top off her big girl week, Nora hit a big milestone today. She ROLLED. How cool, on her 4 month birthday. I had just told Brittany that she had no interest in rolling, when like maybe an hour later there she was! Oh that little rebel of mine. 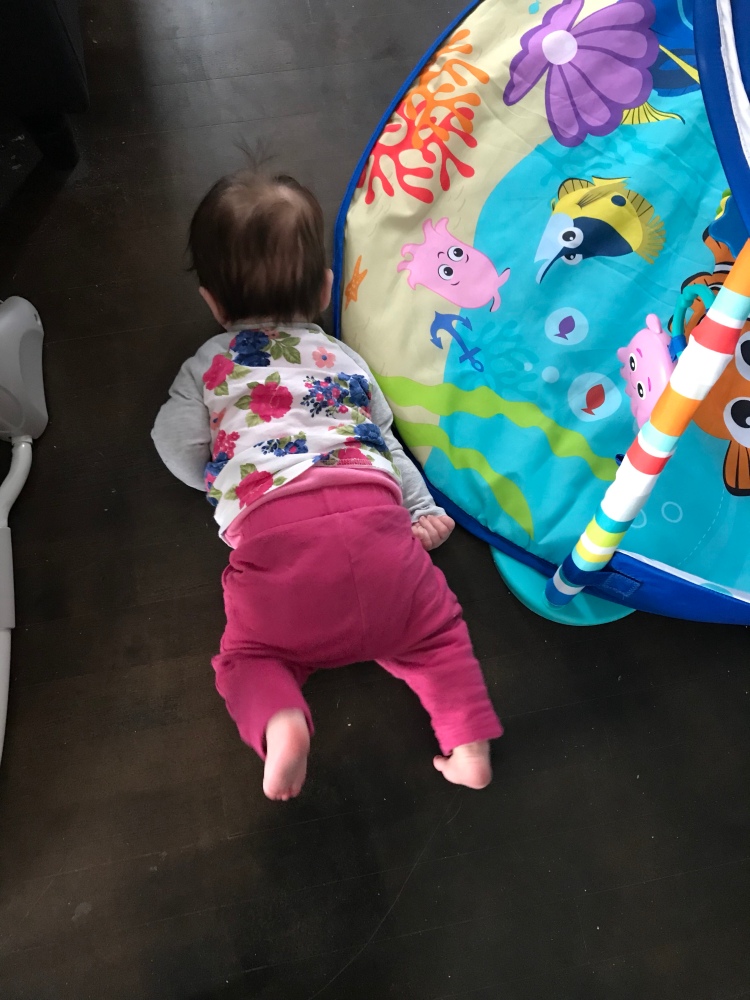 As much as I love these milestones and am so proud, this picture hurts my heart at how fast she is growing. Where is my teeny-tiny could-barely-move baby?!

Because of her cold, and now because she rolled, Nora is officially in her big girl crib tonight. It’s been almost an hour and to stop me from checking on her every thirty seconds, I hoped in the bath to write this post. As much as I want her to sleep the night, I also still want her to need her Mommy beside her. We shall see!

Is every milestone this hard? They do get worse though right? Trying to mentally prepare myself. Even though I know that’s not possible, it makes me feel better trying.