Who’s bright idea was it to buy a house in the middle of winter, and having a baby? I’m doing that thing again where I’m so stressed with things to do that I’m just sitting here staring at it all instead.

The apartment is a mess between open boxes, Christmas presents and someone is supposed to come get our kitchen appliances tonight so they’re just chilling in the middle of nowhere. It’s hard for me to get stuff done when I’m alone with the baby because she requires a lot of attention. Whether it’s a feeding, diaper change or one the many different ways she likes to be walked around, it feels like there’s not enough hours in the day.

Moving day is officially Saturday, yes in two days, but we have the apartment until the 1st of January. The new house won’t be completely ready by then so we will be living out of boxes for a little while. Amongst everything I am still trying to enjoy miss Nora Grace and her first holiday season. Even though we don’t have a tree up yet (my poor heart) I have made sure to take the time to do a few Christmas photo shoots. Gifts still aren’t wrapped but we will be taking pictures with those too even without the tree if we have to. I’m trying not to think about Christmas too much since that too has come so fast I can’t even comprehend.

Speaking of too fast, my baby girl will be two months old tomorrow! Time seems to be going faster and faster. This week Nora is still obsessed with her tongue and she loves putting her hands in her mouth. She is little miss indépendant and cries to be put down. She loves kicking her legs and avoiding daddy’s kisses. Oh and she has also started spit bubbles. It is so cute but I’ve gotten spit in my face a couple times already.

On the postpartum side, my nose is driving me nuts and cravings are still intense! My sense of smell is still strong like it was during pregnancy but it’s getting to be too much. It’s getting annoying trying to figure out what every little smell is…Mentally I am drained but from the move and not the baby. Or maybe a bit of both.

Am I crazy for already thinking about another baby? I know Nora deserves her time but I miss pregnancy and would love to have two babies…I guess I should think about starting to practice first…

Does anyone else get really stressed during the holidays? Any moving tips? 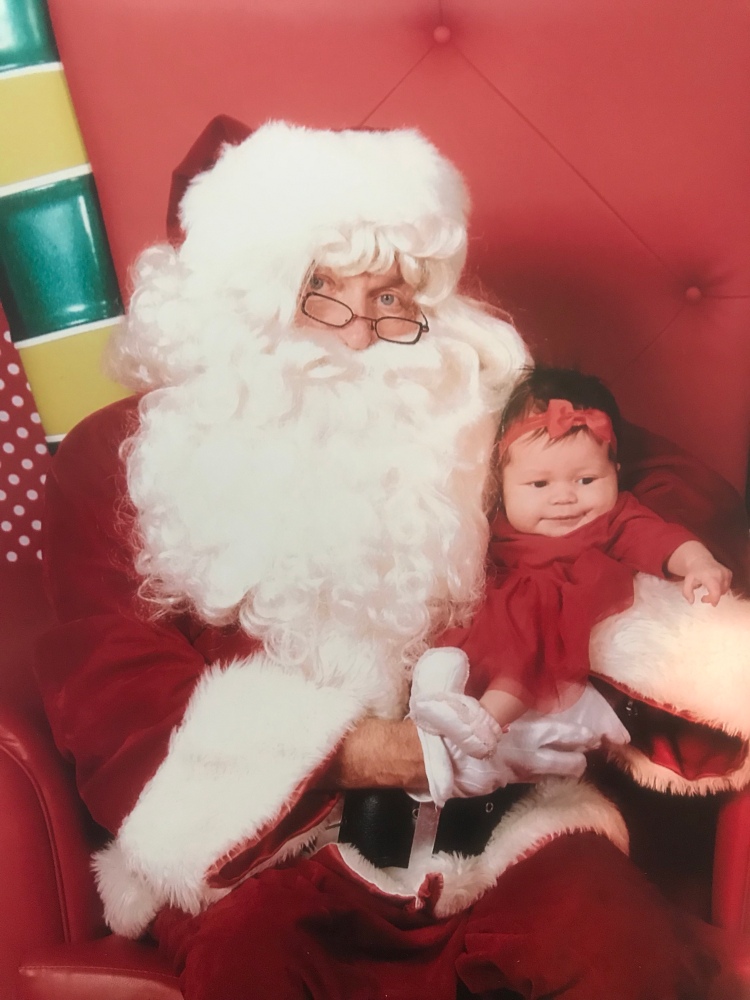 (We made it to Santa! After weeks of trying, we made it last minute on Monday night)