I picked this book up by Ruth Ware from chapters on a whim and I’m glad I did. I’ve been feeling the mystery suspense books lately and this sounded just right for a rainy weekend spent at home! 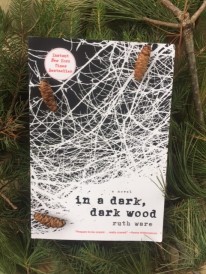 This book was an instant New York Times bestseller which is a pretty impressive feat. I would rate this book with four stars. Clearly the ending would have a twist but it wasn’t the one I was expecting! I only gave four stars instead of five because I felt like some improvements could have been made. It was supposed to be scary but it wasn’t really.

Now about the book! The main character, Leonora, heads to a bachelorette weekend for a woman she hasn’t seen in years. They head up to a secluded house in the woods (of course) and the party begins. Not everything is as it seems and suddenly things come to an end.

Leonora wakes up in the hospital hours later and knows that someone is dead but has no idea who. Her memory is gone and she tries desperately to figure out what happened… and to who. The story unravels and so do secrets from her past.

I do love secrets so I was quite pleased with this book! I like that I didn’t expect the ending. It’s nice to be caught off guard sometimes, especially when it comes to books. I’ve read that this is supposed to be made into a movie at some point so that should be interesting. I have to say though… read the book first!

Have you guys read this one yet? Did you guys expect this ending?!